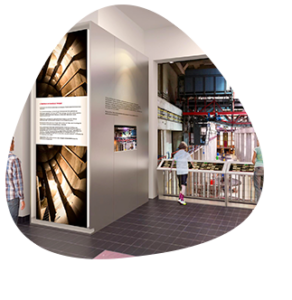 Transforming the energy of water, sun and wind into renewable electricity has been our trade and passion for more than 80 years. By opening the doors of our hydropower plants of Génissiat (Ain/Haute-Savoie) and Bollène (Vaucluse), we invite you to discover the world of renewable energies and to share our passion.

These two production sites, both with remarkable architectural designs, were commissioned in 1948 and 1952, respectively. Strongly marked by national and local history, they are genuine sites of living heritage. During a guided tour, the public will learn about CNR, the history of these sites and the process of producing electricity from natural resources: water, wind and sun. The scenography privileges pedagogical explanations, films and interactive mock-ups. 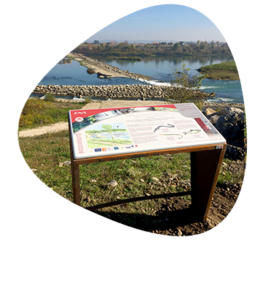 Contributing to the Rhone Valley’s attractiveness for tourism

By opening two of its sites, CNR, a partner of the territories crossed by the Rhone, is participating in enriching the pallet of local tourist attractions, by exploiting its industrial heritage.

Developed in the framework of its Missions in the General Interest, this project has been conceived in close collaboration with the local authorities. Thus it responds to a strong demand from the neighbouring population to discover, or rediscover for the oldest, the sites that have sculpted the landscape and contribute to the economic life of these territories.

Elsewhere in the Rhone Valley, information panels have been installed close to the hydropower facilities and points of environmental and historical interest along the river to tell the stories behind them. 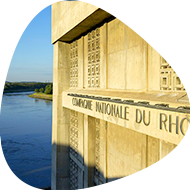 France’s leading producer of 100% renewable energy (water, wind, sun), CNR (Compagnie Nationale du Rhône) has conceived around the Rhone concession a unique redistributive model that combines green electricity production and territorial development. Since 1934, it has harnessed and developed the river in the framework of three missions entrusted to it by the State: produce electricity, develop river navigation, and provide water for irrigation and aiding agriculture. Thus it has built 19 hydropower schemes on the Rhone and made the Rhone navigable from Lyon to the Mediterranean.

An industrial model in the public interest, CNR plays a major role in developing the territories crossed by the river. Its philosophy combines close consultation with the stakeholders and the spirit of joint creation for the benefit of all. With its Missions in the General Interest, it redistributes part of the income generated by the river for sustainable projects that create jobs. More than 500 actions have already been carried out in favour of river transport, the environment, green energy, tourism and heritage sites.

A key actor in energy transition and the combat against climate change, CNR innovates daily as a laboratory for tomorrow’s energies in the service of the territories.

Visit a national myth in a vale of green

Be at the heart of renewable energies